We have been pioneering a forest restoration program on degraded lands in the Leuser Ecosystem since 2008 where over 2390 hectares of High Conservation Value forest, formingpart of the globally significant Leuser Ecosystem, was illegaly cleared for plantation development. We have reclaimed illegal plantation and chopped down more than 15,000 palm oil trees, 5,000 rubber trees and many other illegal crops. We have replanted more than 800 hectares of forest inside and outside Gunung Leuser National Park of the Leuser Ecosystem, with more than 2,275,753 seedlings of 97 indigenous tree species. This programme is the first of it’s kind in Sumatra, with the FSOC working in close collaboration with national park authorities and local people to replant within the park itself, aiming to undo damage caused through illegal large-scale conversion of forest into plantation agriculture.

Each hectare of degraded land is planted with approximately 1,100 seedlings of 20-30 different tree species, with an initial priority of planting fast-growing pioneer species in order to ‘recapture’ the forest canopy. This is a vital component of the regeneration process, with emerging canopy cover providing crucial shade to out-compete the aggressive and fire-prone ‘Blady Grass’ (Imperata cylindrica). Falling leaves and twigs quickly revitalize the degraded soil biota, as a host of underground microbial activity soon create the ideal conditions for new forest seedlings to take root. As a pioneer species begin to fruit, ‘seed-dispersing’ rainforest birds and mammals are attracted to the new food source within the emerging forest, bringing with them seed from plants they’ve consumed, diversifying the regeneration of the entire ecological community. 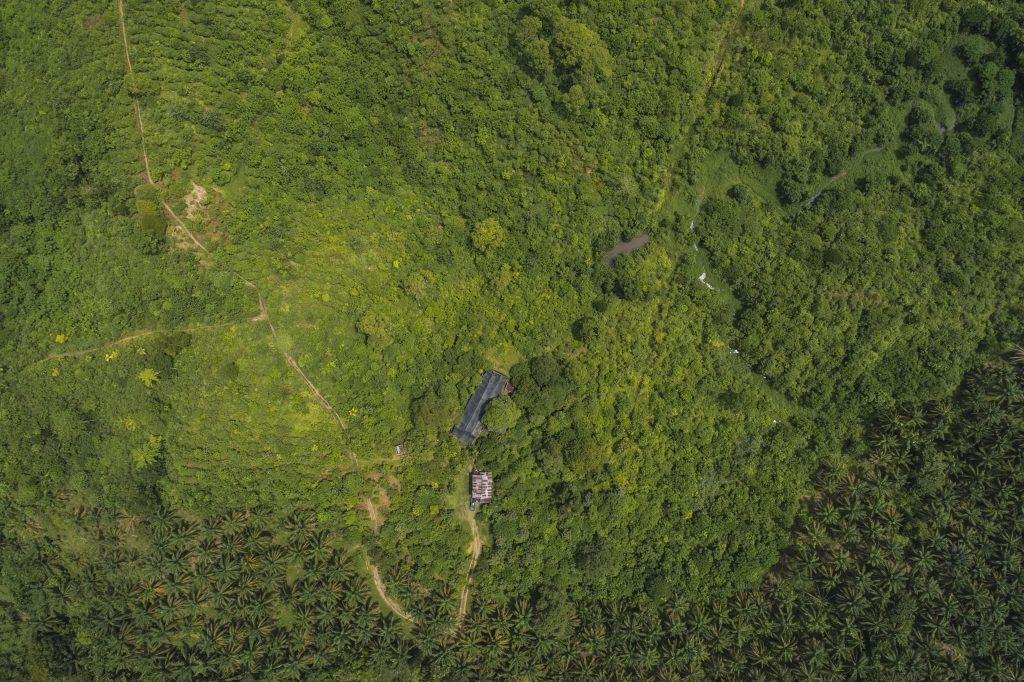 The natural process of species succession in a regenerating forest, as a response to disturbance or degradation, is an ecological mechanism that has evolved over millions of years where specific species play a unique role in regenerating the ecological conditions for a healthy and resilient forest system. It is to be considered an absolute testament to nature, that even though the unfortunate actions of a few misguieded parties can in such a short time destroy what has taken millenia to evolve, that with the right conditions returned, one can observe the return of wild nature to its former state.

The project has brought together stakeholders to work on the rehabilitation of degraded lands within the protected National Park and protected Leuser Ecosystem. Through the project there has been a significant shift in the mindset of the local community regarding conservation issues and awareness about the importance of protecting the remaining UNESCO World Heritage Tropical Rainforest Heritage of Sumatra. The program has also resulted in more positive views about the need to sustain and protect the forest from illegal encroachment, not only because the ecosystem has been granted full legal protection by the Indonesian government, but also to sustain the valuable ecological service that forests freely provided, which are essential for the daily lives of both wildlife and people. In addition, local people participate in useful training and capacity-building exercises in support of the restoration work, including tree nursery development, improve planting methodology, planting maintenance, and also they benefit financially through receiving a stipend for program-related assistance. All of which, in addition to helping restore this degraded tract of forest, has resulted in local communities observing the regional restoration of eco-system service, namely a restoration of the local water table and resilience to drought, previously lost to forest clearing and mono-culture agricultural development.